Ideal Exhibition at ICA LA is an interactive art-making project, conceived by artist and children’s book author Hervé Tullet. Through a series of videos and workshops, Tullet activates the museum as a site for hands-on artistic collaboration and audience engagement.

In ICA LA’s Project Room, visitors will find a selection of Tullet’s artworks; art supplies and display materials; tables and seating; and a suite of short instructional videos produced by Tullet and his collaborators at Tobo Studios. Through these videos (which will also be available as a free web series on ICA LA’s website), Tullet shares his creative process with viewers and invites them to make their own artwork using paper, paint, colored markers, tape, and other lively materials.

By performing Tullet’s process, audiences can tap into their creative energy and become artists of the exhibition. Instructors and art handlers will be available to assist and install the work, which will be displayed collectively and rotated regularly throughout the exhibition period. The result is an evolving menagerie of colors, shapes, and artistic gestures. Over the course of ICA LA’s Summer School, and at any time online, visitors can explore the wells of their imagination and create an Ideal Exhibition with artist Hervé Tullet.

Summer School at ICA LA is presented by the Sydney D. Holland Foundation, Philip and Muriel Berman Foundation, and Fieldwork.

Support for Hervé Tullet: Ideal Exhibition is provided by the Cultural Services of the French Embassy and FACE Foundation through Kids Trail. In-kind support is provided by Chronicle Books, FLOR, and POSCA. 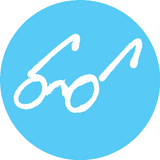 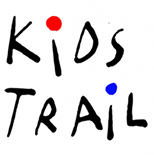 Hervé Tullet (b. 1958; Avranches, France) is an artist and performer, as well as an internationally renowned children’s book author and illustrator. He has written over 80 books translated in over 30 languages. Tullet is also known for his large-scale interactive workshops, which involve up to 1,000 participants and take place in libraries, schools, art centers, and museums around the world.

Tullet published his first children’s book in 1994 and is now recognized as one of the world’s most innovative children’s authors. Considered “The Prince of Preschool” in France, Tullet reimagines the concept of reading, inviting young minds to actively imagine and engage in playful discovery. His titles include Faut Pas Confondre (Night and Day) (1999), winner of the Bologna Ragazzi Award for Non- Fiction; The New York Times bestseller Press Here (2010), which has been translated into 34 languages with more than 2 million copies sold worldwide; and I am Blop!, The Big Book of Art, The Giant Game of Sculpture, and the Let’s Play Games series of board books for young children, published by Phaidon.

Fueled by a desire to share his art with children, parents, and professors alike, Hervé Tullet has continued to work as an on-site educator for children throughout his publishing career. Tullet moved to New York City in 2015, since which he has appeared in events, performances, and readings at such prestigious venues as The Library of Congress in Washington DC, Guggenheim Museum and the Museum of Modern Art in New York. Recent exhibitions of Tullet’s work include This Isn’t Trash (2017) at Invisible Dog Art Center in Brooklyn, New York; Hervé Tullet’s Art Explosion: Pittsburgh (2017) at the Children’s Museum of Pittsburgh, PA; and Oh! Hervé Tullet A Retrospective Exhibition (2018) at Seoul Arts Center, South Korea.
What is The Ideal Exhibition with Hervé Tullet?

Visit The Ideal Exhibition to learn more about how to participate. Follow @expoidealeherve_tullet on Instagram for more examples.