ICA LA is pleased to announce the Field Workshop: Artists-in-Residence (FW: AIR), a new program that offers studio space for artists at the museum. Five Los Angeles-based artists have been selected for the inaugural 2021 FW: AIR season:

The FW: AIR program runs from February through September during which time each artist is invited to use the Field Workshop space for a period of six weeks. During each residency period, a public program conceived by the artist and organized in collaboration with Asuka Hisa, Director of Learning and Engagement, will be presented. An interview between each artist and Senior Curator Jamillah James will be featured on ICA LA’s website.

Sid M. Duenas work with multiple mediums, including text, drawing, mark-making, collaging, and digital spaces. His most recent work focuses on text—in original poetic form, transcriptions of conversations, or snippets of readings—which are transferred to surfaces that are further worked with drawings, marks, or other images. He is concerned with the charting of intractable distances, both physical and perceptual, and in particular, the distances that exist between home-island and mainland. The artist periodically travels to Saipan to work and continue his collaborations with his father on their family land. He conjoins different mediums to reinforce meaning, exercise mental projection, and reveal truths about his physical and imagined localities, searching for the most accurate description of his diasporic experience.

Duenas has had solo exhibitions at the artist-run galleries in Los Angeles Mandujano Cell (2018), Artist Curated Projects (2017), and Safe Space (2016). His works have been exhibited at Material Art Fair in Mexico City, Mexico (2019), Converso in Milan, Italy (2019), ‘Ae Kai Cultural Lab/Smithsonian Asian Pacific American Center in Honolulu, Hawai’i (2017), LAXART in Los Angeles, California (2017) and Armory Center for the Arts in Pasadena, California (2017). In 2014 he received a grant from Art Matters Foundation. Duenas graduated with a BA in graphic design from Art Center College of Design, Pasadena, California (2002), and attended The Mountain School (2010), and the University of Southern California, Los Angeles, California (2014-2015).

Image: Courtesy of the artist
gloria galvez is an artist, organizer, and amateur mycologist who maintains a practice committed to creating and expanding access to physical and abstract spaces of possibility, imagination, and self-determination, especially for individuals for whom it is constantly denied.

Gale’s work has recently been exhibited at MoMA PS1 (New York); LACE (Los Angeles); The Studio Museum in Harlem (New York); Rodeo Gallery (London); Ceysson & Benetiere (Paris); and in Made in L.A. 2018 at the Hammer Museum (Los Angeles). Their work has appeared in numerous publications, including The New York Times, Mousse, Artforum, Art in America, Art21, AQNB, Frieze, Vogue, and Flash Art. The artist currently serves on the Board of Directors for GREX, the west coast affiliate of the AK Rice Institute for the Study of Social Systems and is a visiting lecturer in UCLA’s Design Media Arts program.

Photo: Jack Bool
Nour Mobarak reflects upon the thought processes that produce language and generate alternative systems of knowledge, from poetics to mushrooms. Her interdisciplinary practice focuses on failure and decay, the positive presence of negation, and rhizomatic forms of intelligence to destabilize traditional conceptions of mastery and dominance in society. Her work is inextricably entwined with her own history and inner monologue.

Williams’ recent exhibitions include solo shows at Night Gallery and SADE, Los Angeles; Charles St. Projects, Baltimore; Works on Paper, Vienna; and Kunst Werke, Berlin; as well as performances and workshops at Fragile Berlin; the Luminary Art Museum, St Louis; Human Resources, Los Angeles; and Blum and Poe, Los Angeles. She was recently included in A Woman’s Work, a PopRally event at MoMA organized by Rachel Kaadzi Ghansah. Her work has also been exhibited at The Studio Museum in Harlem, New York; The Underground Museum, Los Angeles; Neu West and Peres Projects, Berlin; and The Breeder, Athens; among other spaces. Williams is currently a visiting faculty member at California Institute of the Arts (Cal Arts). 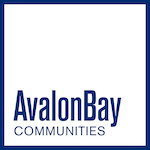