Throughout the month of December until January 10, 2021, ICA LA will present select works online by Stanya Kahn on the occasion of the exhibition Stanya Kahn: No Go Backs. This series of virtual screenings will include Kahn’s latest work, No Go Backs (2020) shown in tandem with earlier works by the artist, including Sandra (2009); Stand in the Stream (2011–17), featured in the exhibition; Don’t Go Back to Sleep (2014); and the short Masuka the Crazy Attack (1976), made by the artist in third grade. 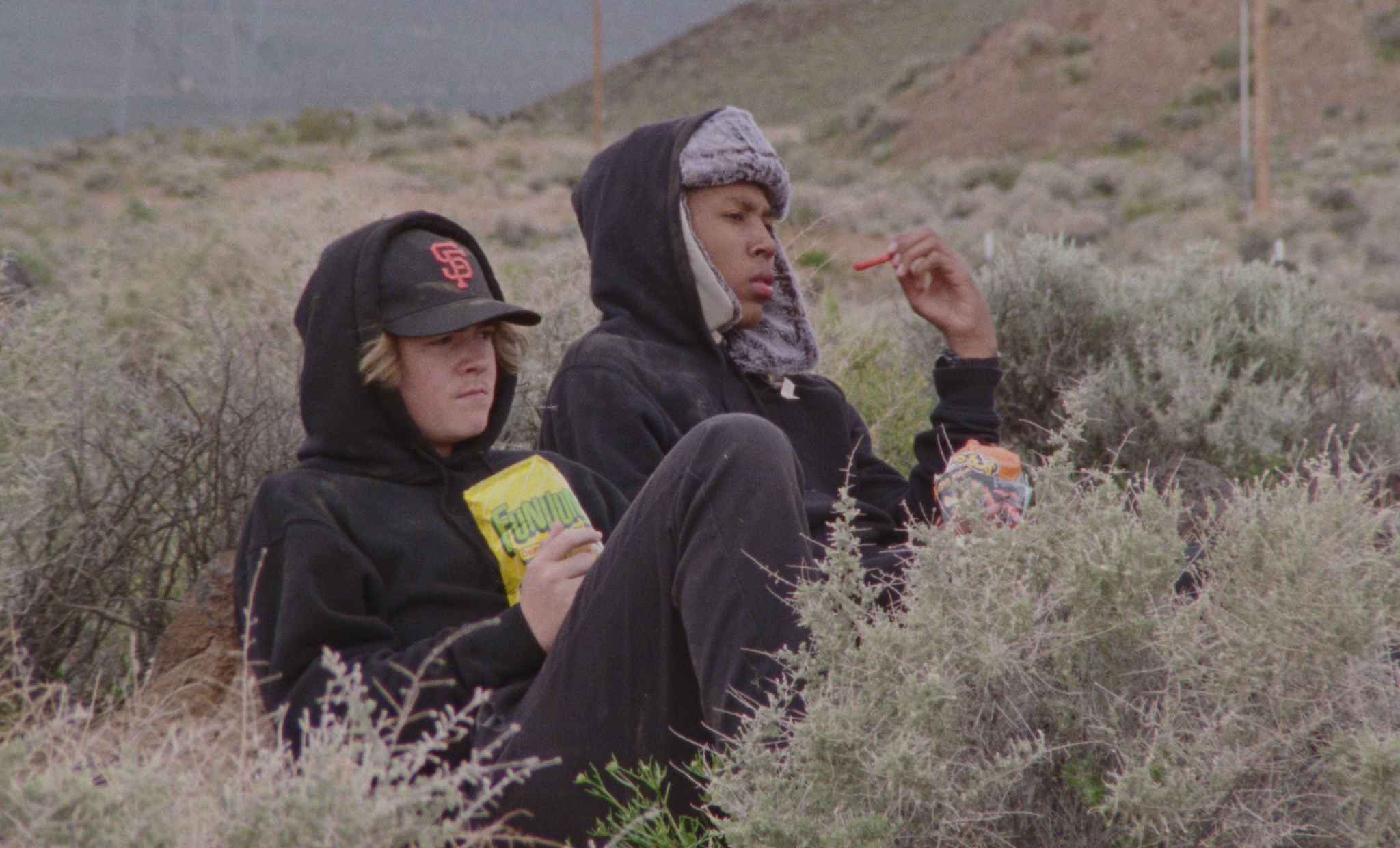 “Dad says water now costs several times as much as gasoline. But, except for the arsonists and the rich, most people have given up buying gasoline…It’s a lot harder to give up water.”
—Lauren Olamina, 15, from Parable of the Sower, by Octavia Butler

A 33-minute short, shot on super 16mm with an original sound-score and no dialogue, No Go Backs follows two teenagers (and real-life friends) who leave the city for the wild, only haphazardly prepared. From the heart of the city, they cut an arduous path along sites of California’s historic water wars, traveling north into the monumental landscapes of the Eastern Sierra. In the haunted precarity of a collapsed world, the kids travel in dreamlike states of distraction, malaise, and resilience. As they eventually encounter other kids along shared roads and the prospect of camaraderie in facing the unknown, the film becomes a compressed, allegorical epic about an entire generation that must make a new way forward. 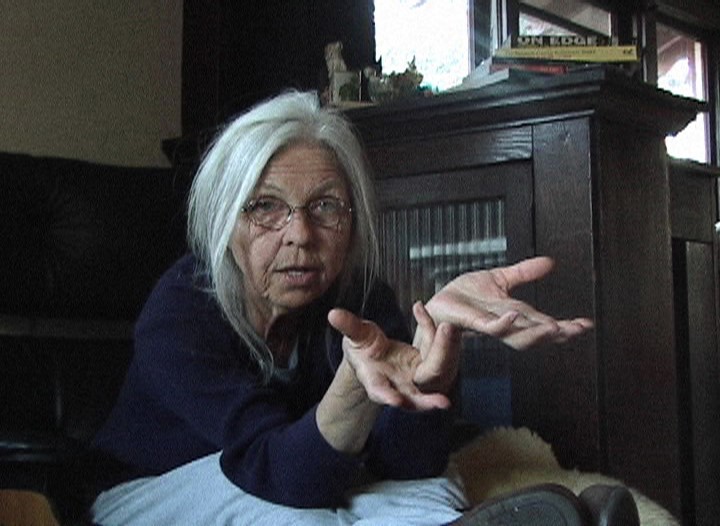 
Framed by her wish to document her burial plans, the artist’s mother recounts her tenure as a shipyard worker, armed revolutionary, atheist, and partner of a thief, ruminating on how meaning is made. Humor rewrites trauma in a new read of the past. 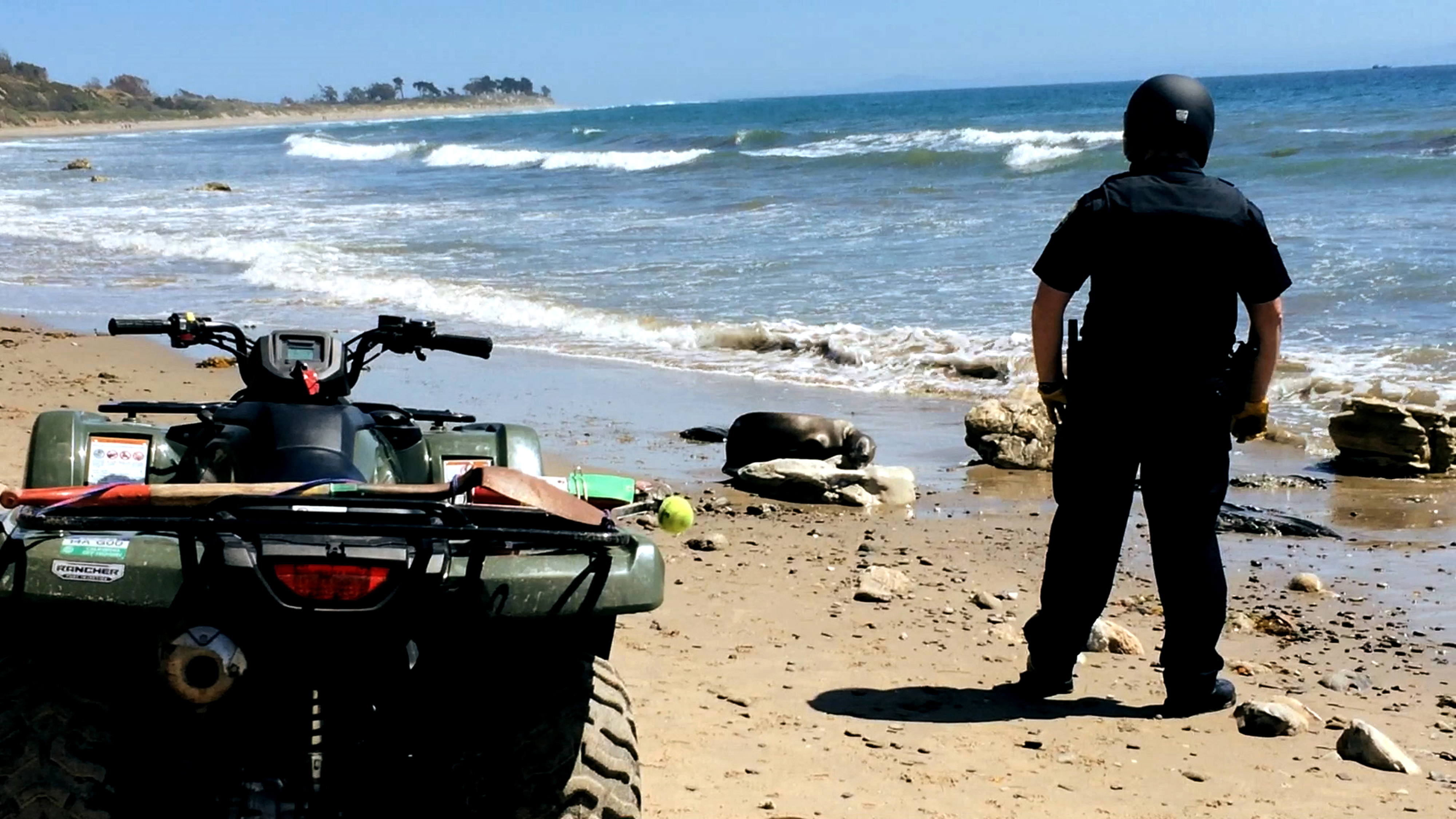 
“The dialectical image is an image that emerges suddenly, in a flash. What has been is to be held fast—as an image flashing up in the now of its recognizability.”
—Walter Benjamin, The Arcades Project

Stand in the Stream (2011–17) is an ambient digital feature film shot on multiple camera formats over the course of six years. The film’s vast and varied footage—all shot live or screen-captured during livestreams by Kahn in real time—is edited to create a visceral reflection of life, power, and uprising in late capitalism. As the film travels through cities and wilderness, domestic and public spaces, online chat-rooms and home movies, it is framed by the decline and death of the artist’s mother—a shipyard electrician and activist—with glimpses of Kahn’s own experience of motherhood and the toil of daily life. Stand in the Stream situates these intimacies within the shift of political and digital landscapes over time, revealing many intersections of the personal and the political. With a sound score constructed to draw the epic from the mundane—Stand in the Stream plays back capitalism’s acculturation of our very personhood while bringing forth insistent images of our resistance and resilience against it. 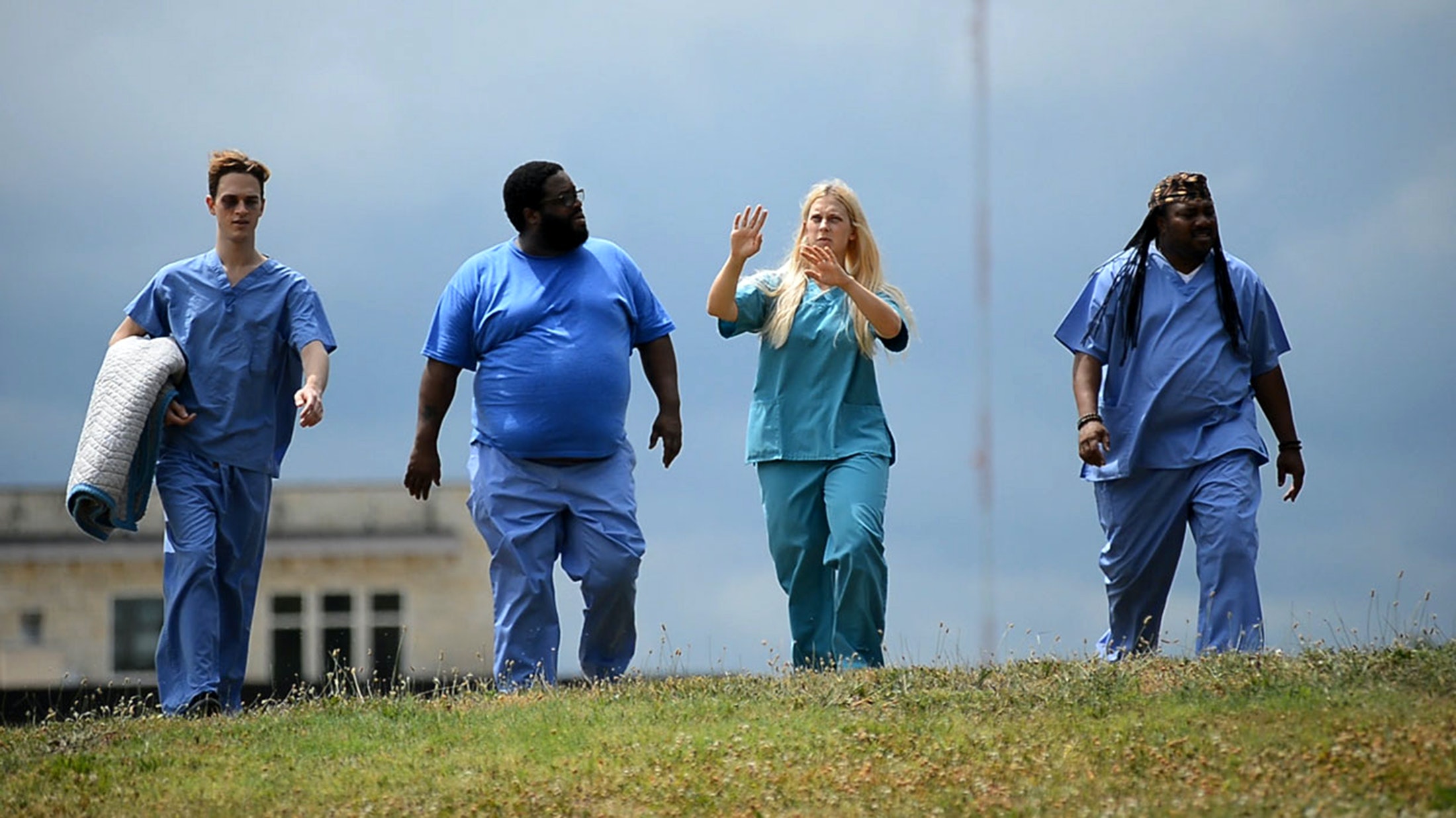 “People are going back and forth
across the doorsill where the two worlds touch. The door is round and open
Don’t go back to sleep!”
—Rumi

“When you affect something, you are at the same time opening yourself up to being affected in turn, and in a slightly different way than you might have been the moment before. You have made a transition, however slight. You have stepped over a threshold.”
—Brian Massumi (translator, A Thousand Plateaus), Navigating Moments

Don’t Go Back to Sleep is a an experimental narrative film, a haunted tragi-comedy that functions as much as a symbolic meditation on citizen resilience as a metaphor for the violence of the state and the First World’s rapacious impact on the earth, driving the planet itself towards impending death. Shot in Kansas City, Missouri, in newly built homes left uninhabited and unfinished in the economic crash, Don’t Go Back to Sleep follows roving groups of frontline emergency workers adrift in nearly empty, end-times urban and suburban landscapes. Squatting empty suburban developments and luxury high-rises, depressed with the aura of so many displaced by the U.S. housing market catastrophe, nurses and doctors establish make-shift treatment centers within the architectural mundane: fixtures and countertops, carpet pads and exposed wiring, fireplaces and crown molding. As they perform haphazard triage, mostly on each other, we realize they may be the only survivors against a dangerous State. The tenuous relations between strangers collaborating under pressure gives way to a darkly comedic tenacity and regenerative energy in small, understated, human exchanges. 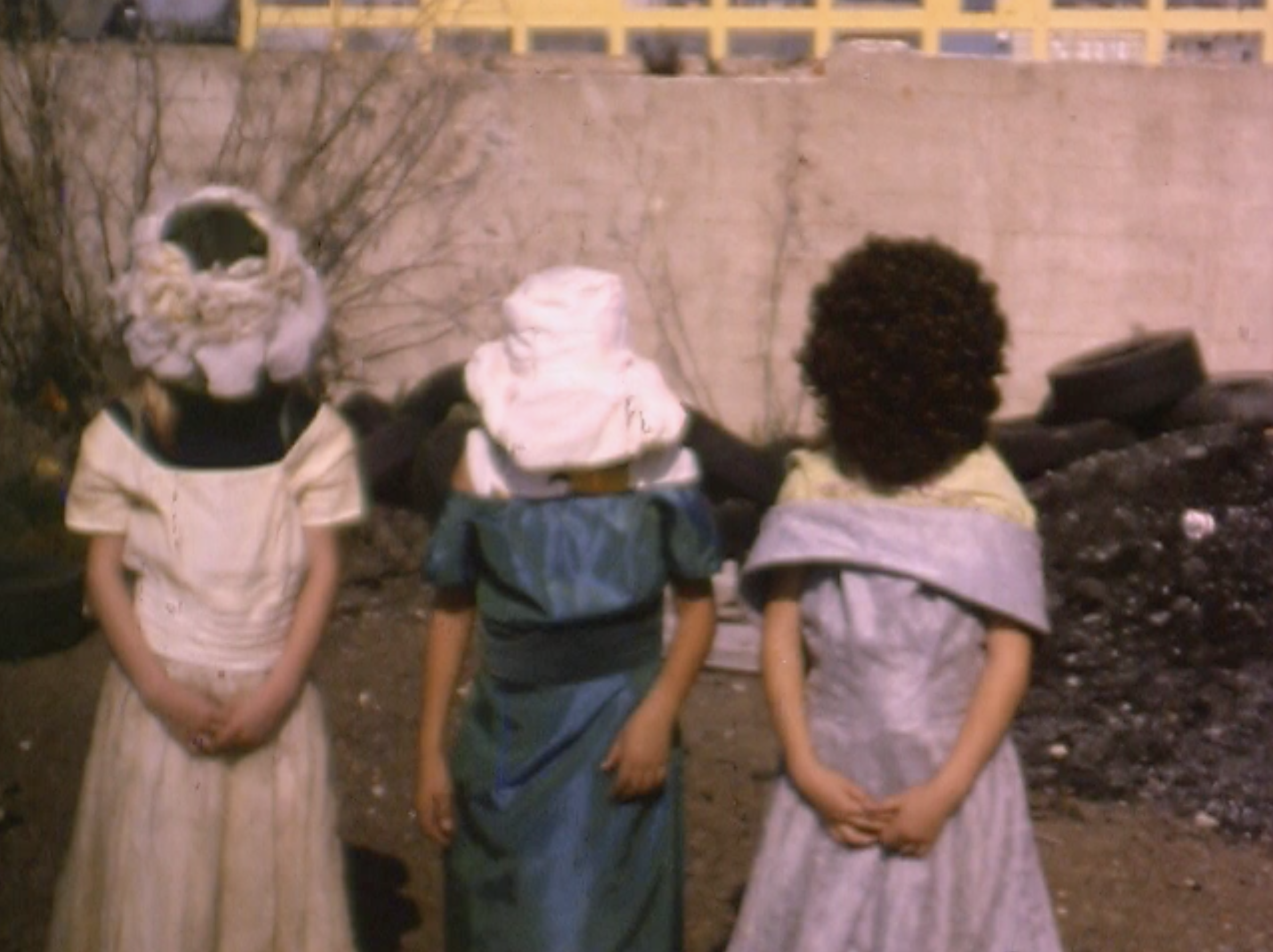 “Masuka the Crazy Attack was the first moving picture project I ever worked on. My family didn’t have home film or video cameras so it was totally new and exciting when a film student from SF State (Anne Page) came to our public school in San Francisco (Buena Vista School) and picked four 8 year-old girls to teach photography and filmmaking. She taught us how to put together story, how to think about framing, how to splice and tape. Harriet chose to work on camera and Nicola, Sandra and I developed the story and performed the action. We all helped edit. Shooting in the dump behind our school, our loose story had to do with time travel. Three girls see figures at the dump that turn out to be themselves in previous lives. They enter the dream state of their past selves, becoming alienated by the earlier generations’ “femininity” and in the end are happy to return to their own bodies and run around the dump freely. Haha. Or something like that. The name Masuka combined letters from our names. We were often overcome with wild energy, a kind of hysteria that Anne called ‘crazy attacks.’ It was like we entered the past-lives through the ‘crazy attacks.’

I have no idea where the other kids are now. But this process deeply effected me and was clearly an early imprint on my life of making performance and film.”
–Stanya Kahn

View other works by the artist at http://vimeo.com/stanyakahn

Due to local and state guidelines regarding the COVID-19 pandemic, ICA LA will remain closed until further notice.

No Go Backs was made with the support of the Film/Video Studio Program at the Wexner Center for the Arts and an Emergency Grant from the Foundation for Contemporary Art.

Don’t Go Back to Sleep was made with the support of Grand Arts and a Guggenheim Foundation Fellowship in Film/Video.

ICA LA is supported by Curator’s Council, Fieldwork, and 1717 Collective.